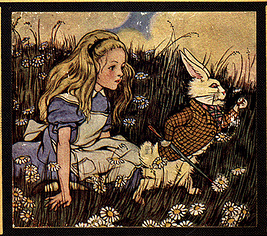 In 1862, a young Oxford don named Charles Dodgson took 10-year-old Alice Liddell and her two sisters boating on the River Isis. As they rowed to Godstow, he invented a story about Alice following a white rabbit down its hole, READ MORE

The 19th century was a turbulent time for mathematics, with many new and controversial concepts, like imaginary numbers, becoming widely accepted in the mathematical community. Putting "Alice's Adventures in Wonderland" in this context, it becomes clear that Dodgson, a stubbornly conservative mathematician, used some of the missing scenes to satirise these radical new ideas. READ MORE

'I've had nothing yet,' Alice replied in an offended tone, 'so I can't take more.'

'You mean you can't take less,' said the Hatter: 'it's very easy to take more than nothing.' 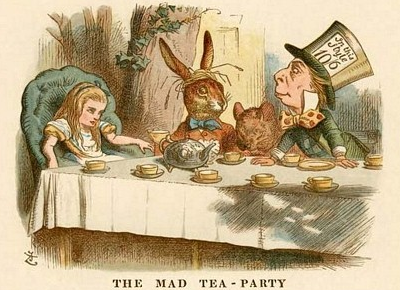